MY GOLDEN QUOTE TO ALL TRADERS

DISCLOSURE:- THIS IS MY PRACTICAL OBSERVATION IN MY TRADING JOURNEY AND I PUT THIS AS A THEORY FOR MY OWN TRADES , THIS IS NOT ANY ONE'S , OR NOT WRITTEN IN ANY TECHNICAL BOOKS
SOME COPY CATS COPYING THIS
TOTAL SENTENCE TO THEIR BLOGS OR WEBSITES
SO, IT IS YOUR RISK IF U DO ACTIONS ON THIS THEORY 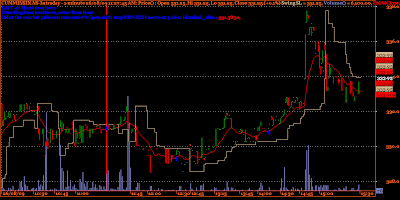 CUMMINS INDIA FOR A TARGET OF 350

Wartsila has approached the Tamil Nadu Electricity Board with a proposal to set up gensets at industrial load centres such as Sriperumbudur and Oragadam.

Chennai, Aug. 25 Wartsila, the Finnish power gensets manufacturer, on Tuesday, released a study which revealed huge losses on account of power shortage and said that customers are willing to pay a little extra for reliable power. On the back of the study, Wartsila has made a pitch for its engines, saying that the machines could be used to tackle peaking power shortage.

Even if a State is self-sufficient in power, the issue of managing peaks would remain, says Mr M. Rajagopalan, the Vice-President – Southern Region, Wartsila India. The only way to tackle peaking problems would be to have generation capacity that would be switched on only during peaks and switched off, if necessary, at other times.

Hydel power generating stations could do this, but in India, hydel generation potential exists only in some pockets. Hence, genset-based power, that could run on furnace oil or natural gas.

Mr Rajagopalan told a press conference here that Wartsila has approached the Tamil Nadu Electricity Board (TNEB) with a proposal to set up gensets at industrial load centres such as Sriperumbudur and Oragadam.

He said that thermal efficiency of the engines are higher than coal, they are less polluting and since they could be located at load centres, transmission and distribution losses will be practically nothing.

He said that gensets are practically the best way for rural electrification. Wartsila is pitching for a big role in that area. It also wants to put up small-sized power plants in the basements of large buildings and has secured the first few orders too.

Mr Rajagopalan said that India generated about Rs 900 crore worth of business for Wartsila last year. Part of the demand was serviced directly from Finland and the rest from India. The Indian operations turned over Rs 315 crore. A large part of the business from India comes, not from the power sector, but from the ship building industry.

Wartsila is a leading supplier of engines for powering ships. That business has slumped now, but Mr Rajagopalan said that it would revive.

"As a Technical & Equity analyst me , my relatives and friends may have position in the stocks suggested by me. I do not make any warranties, express or implied, as to results to be obtained from using the information in this blog. Trader or Investors should obtain individual financial advice based on their own before making any trading or investment decisions."